We have all been there before- the lead weight on the top of your frontal lobe, the feeling in the pit of your stomach that you have been at sea for a week and, the distinct feeling that you might feel you need to part ways with whatever is attempting to navigate that said sea in your gut.

Bacon jam is that perfect mixture of salt, sweet, and savory that can surprise people into wanting to go back for more again and again.  The unique flavor, the fun texture, and how sensationalized bacon generally make this a fun ingredient everyone should have in their kitchens. These recipes aren’t very strict, so make sure to make them your own!

Italian Bread, sliced into thick pieces and soaked in a traditional egg and milk mixture and, wait for it…. stuffed with a fruit mixture including raspberries and peaches that have soaked overnight in a summer sangria! A summer breakfast favourite for those who like French toast with a dash of booze-infused goodness.

Make your ouma proud and use this Cape Malay Pampkoenkoekies recipe to make traditional Pumpkin fritters like a legitimate South African citizen! Serve these delicious pillows of comfort with breakfast, tea or with a steaming bowl of soup.

I swear these are the best carrot cake cupcakes I’ve ever eaten. Whether you enjoy them for breakfast, lunch or dinner, these tasty creations will not disappoint!

In the late 14th century, the first known waffle recipe appeared in an anonymous manuscript, written by a husband as a set of instructions to his young wife. The recipe read: “Beat some eggs in a bowl, season with salt and add wine, toss in some flour and mix. Then fill, little by little, two irons at a time with as much of the paste as a slice of cheese is large. Then close the iron and cook both sides. If the dough does not detach easily from the iron, coat it first with a piece of cloth that has been soaked in oil or grease.”

I have been making this recipe for years. It is not overly sweet, which I prefer in a breakfast muffin. I always like a bit of jam on my muffins, so I added it to the inside. Perfect for camping trips, these apple, lemon and cinnamon muffins make for a no fuss breakfast. The other thing that makes this recipe great is that most of the ingredients should be in your pantry, making it just perfect for whenever the mood strikes.

When you are roughing it in the great outdoors, a hearty breakfast is in order. We turn to the classics: pancakes, bacon, and eggs, cooked in a cast-iron skillet over an open fire. You don’t need to wait for your next trip to make these pancakes, though: They can be prepared indoors on the stovetop too.

Thanks to new flash-freezing technology, excellent precooked whole grains like barley, quinoa and wheat berries are ready in the time it takes to brew coffee. Turn any of these grains into a porridge. It’s really great with all kinds of toppings. This is one healthy porridge. Bread and cereal made from wholegrains and wholemeal contain dietary fibre that may be helpful in reducing the risk of any type of cancer.

The morning after the night before. Why not treat yourself to one of these? 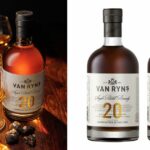 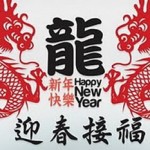 What to drink during Chinese New Year